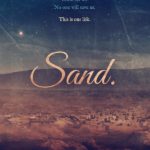 A new brilliant novel by the self-published author of Wool, Hugh Howey. If you haven’t read Wool, Sand will introduce you to one the most promising authors of our time and its masterful worlds blending harshness and poetry in a fast-paced, ever-changing delivery which will keep you on your toes until the very last page.

I had extremely high expectations for this book, for three reasons:
– it’s about diving – albeit in a very novel way,
– it paints a story on a canvas of sand and desert, which I’ve loved since Herbert & Frison Roche,
– it’s from the same author as the splendid “Wool”, which I thoroughly devoured.

I had extremely high expectations for this book, and they were not only met, but easily exceeded.

Hugh Howey confirms, if need was, that he is a master painter of worlds. With Wool, he introduced us to an encapsulated, claustrophobic and well-thought dimension made of silos, complex character design and intertwined threads of story which slowly weaved into the complete wool ball, somehow orderly-looking from the outside and yet so logically messed up inside.

Paradoxically, the world of Sand does bear some resemblance with Wool’s. In spite of all appearances of openness and freedom which strike the reader at first, with splendid scenes of sand-diving, dune-trekking and desert-sarfing, Sand’s world is constricted, and in a way no less siloed than Wool’s: political exchequer, oppressing family ties and historical burdens plague our true-grit characters almost as much as the incessant combat against the omnipresent sand and the ubiquitous menace of it recovering the wells, the houses and everything that is known to mankind.

Besides embodying the allegory of a syrupy “spleen” tainting the entire novel, both as a theme of unity – everyone uses or fights the sand in one way or another – and desperation – the ever-changing shanty towns constantly buried and rebuilt -, the sand here is almost personified, and becomes in turns the faithful ally and the traitorous foe of our protagonists.

It is perhaps only fair to see the parallels between Wool and Sand: the same masterful character design, complex, surprising and yet so human-like; the same sense of unravelling a story, by touches, as a pointillist painter of the 1800s and his succession of delicate strokes of his brush; the same constant play on framing and composition, with a progressive enlargement of the scenes and the discovery of an unprecedented thickness to the plot.

However the world itself changes, and with it the rules of constriction. Henceforth, as the silo ended up being a puppet after having been the puppeteer for most of the novel, the desert here might very well follow through. You will have to read it to find out. Trust me, the journey is more than worth it. 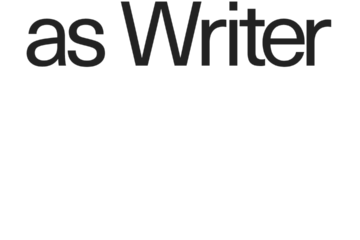