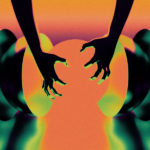 Worldbuilding: how Nike and Boeing are paying sci-fi writers to predict their futures

The unknown is, like all unexplored territories, the realm of explorers. Source of fear and excitement, it’s morphed from geographies – Christopher Columbus lobbying the powerful to predict their unknowns – to new frontiers – Virgin Galactic or Space X.

One unknown that remains a steady source of questions, however, is the future. And those who have made their names picturing its possibilities are increasingly sought after by private enterprises.

The powerful have always relied on such devices. From Delphi’s Pithy to Cassandra, it started early on. Although it fascinated everyone, higher strata simply has more to lose by leaving the future alone. So they meddled. Or tried their best to do so.

Religion, philosophy and science, to an extent, are all attempts at uncovering the rules of the world we live in. Although a noble objective in and of itself, it also is a round-about way to explain the future too: who knows about how things work now, may be able to infer how they might work later.

Although they cannot easily be separated throughout history, these three threads join in their production of prophecies: from the Aztec calendar to Nostradamus, or the loquacious messiahs to the first physicians, the underlying motivation, at its heart, is to tame the unknown. To make it easier to comprehend. To make it palatable.